In March the Government accepted the minimum wage rate recommendations set by the Low Pay Commission which affects workers under 25 and apprentices and apply from 1 October 2016 - including:

For workers aged 25 and over, the Government is introducing the £7.20 National Living Wage - in effect a fifth minimum wage rate - from 1 April 2016. 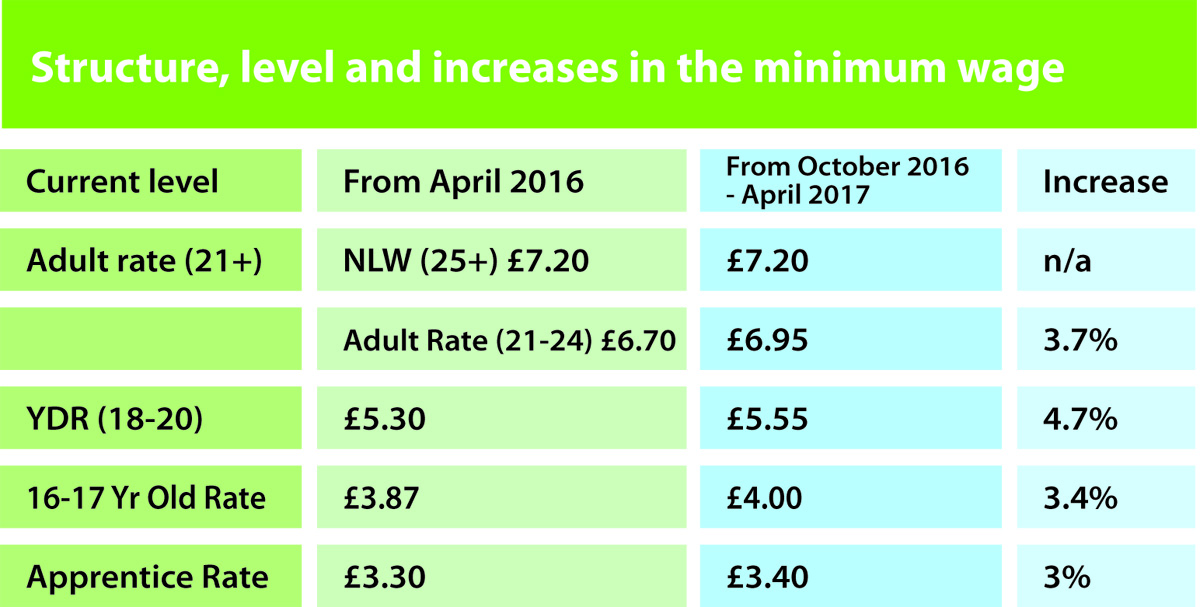 Unlike in previous years, the new rates are set to last for six months only (from 1 October 2016 to 30 March 2017). This reflects a change in the minimum wage calendar. The National Living Wage was introduced on a different cycle to the other rates – changing in April rather than October. Following a review, the Government has concluded that the rates for all workers should be aligned in April next year.

The National Minimum Wage is the UK’s pay floor – designed to protect low-paid workers without significantly adversely affecting employment or the economy. The Low Pay Commission is an independent body made up of employers, trade unions and experts whose role is to advise the Government on the minimum wage. It makes recommendations based on a careful review of evidence including: in-house economic analysis; wide consultation with stakeholders; independent commissioned research; and a programme of front-line visits to employers and workers across the UK.